In a tweet on Wednesday, Ki Young Ju, CEO of on-chain analytics service CryptoQuant, highlighted a “sell-side liquidity crisis” that could yet give ETH the edge over BTC.

With Bitcoin up over 50% versus its lows of $29,000, altcoins have also begun to reawaken, with Ether as no exception.

The largest altcoin has recaptured $3,000, a level that, this week, is now in the process of being retested as support.

Thanks in part to the supply changes pushed through via the hard fork, a liquidity shortfall could ultimately serve to push ETH/USD to new historic peaks before BTC/USD manages to do the same.

“$ETH might reach its all-time high earlier than $BTC in the long term,” Ki summarized. 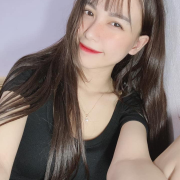 The way of the stablecoin: A journey toward stability, trust and decentralization

Bored Apes Taking the Tron NFT Market by Storm; 75% Sold in Under 24 Hours